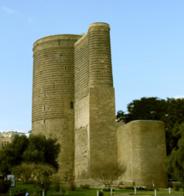 ​sanctuaries of the Armenian Apostolic Church. According to lore this was the location of the municipal jail of the capital of Armenia Artashat, where Gregory the Illuminator, who was accused of professing Christianity, was imprisoned for 13 years.
In 642 Catholicos Nerses III built a chapel over the jail. The monastery includes the 17th-century church of St. Astvatsatsin, fragments of the wall that once surrounded the monastery, the refectory and cells of the monks. The hilltop affords a magnificent view of Mount Ararat.
The Bird’s Cavern excavation, above the Arpa River, is one of the rarest and best-preserved Copper Age monuments in the South Caucasus. It gives an idea of 5th- to 4th-millennium B.C. material culture, and confirms that Armenia has a winemaking tradition dating back 6,000 years. Among the most famous finds is the world’s oldest shoe, found in 2008. Visit and tasting at the wine factory in Areni.
The monastery of Noravank is one of the most splendid monuments of medieval Armenia, 122 km from Yerevan. It was built in a nearly inaccessible location amid stunning nature. In the early 1980s, a road was built along a tributary of the Arpa River. The monastery overhangs the river gorge. Between the 12th and 14th centuries the monastery was the cathedral of the bishops of Syunik. The principal church, St. Karapet, was built in the 13th century. This church and St. Astvatsatsin were rebuilt by the architect Momik and are richly decorated.
Overnight in Yerevan.
Day 11 – Tuesday
Echmiadzin – Zvartnots – Ararat Brandy Factory
Echmiadzin’s monastery is the oldest Christian church in Armenia, begun in the 4th century immediately upon the adoption of Christianity. According to church legend, the site was told to Gregory the Illuminator in a revelation. It has been rebuilt many times over the centuries. The interior was decorated by Hovnatanyans.
Five kilometers toward Yerevan from Echmiadzin are the ruins of Zvartnots. The temple was built in the 7th century by Catholicos Nerses III Shinarar. The temple, said to have astounded with its magnificence, collapsed from an earthquake in the 10th century. European specialists believe it may rank with greatest monuments of ancient architecture.
Visit and tasting at the Ararat Brandy Factory. Overnight in Yerevan.
Day 12 – Wednesday
Tsakhkadzor-Kecharis Monastery
In Armenian “Tsakhkadzor” means the Gorge of Flowers. The gorge, mountains, snow tops, rapid rivers and picturesque valleys are covered with a flower carpet. The region was inhabited from ancient times and its breathtaking beauty and curative air were already known in the 5th century. In the early Middle Ages the local woods were the favorite hunting ground of Arshakid dynasty rulers. In the 10th century the area was owned by Pakhlavunia dynasty and named Tsakhkadzor. Today Tsakhkadzor is a cozy city and ski resort. It is located in the picturesque Tsakhkunyats canyon amid virgin woods and alpine meadows, on Mount Tegenis’ gentle slope (height of 1,845 meters).
Day 13 – Thursday
Armenian Alphabet Square – Amberd Fortress – Hovhannavank monastery – Ashtarak city – Karmravor church
Amberd fortress and castle (10th-13th centuries) was the familial estate of the Pahlavouni princes. It is one of the few feudal castles of Armenia mostly preserved to our day. The builders took advantage of the mountainous terrain and put the fortress on a cape surrounded by ravines. Fragments of the water supply system of the castle, baths and secret passage to the canyon are preserved. In 1206 a cross-domed type church was built on the territory of the fortress.
Ashtarak has many historical and architectural monuments. The most famous is the cross-domed church of Karmravor, with its shingled roof. The monastery of Hovhannavank is richly decorated with vegetative ornaments and a bas-relief depicting Christ on a throne.
Day 14 – Friday
Geghard monastery – Garni temple
Historians believe that as early as the 4th century there was a monastery called Ayrivank (cave monastery) in this inaccessible corner of the Azat ravine. Later it was renamed Geghard (“spear”). According to lore it was the repository of a relic of the Armenian Apostolic Church: the spear the Roman guard used to pierce the side of Christ. The complex comprises the principal church built in 1215 by the Zakarian princes and two tiers of churches, living quarters and auxiliary structures carved inside the rock.
The heathen temple of Garni is the only surviving monument of the Hellenistic period in Armenia. The temple is dedicated to the sun god Mithra and was built in the 1st century during the reign of King Trdat I. The temple collapsed during the reign of King Trdat I. The temple collapsed during the earthquake of 1679. It was restored in the 1970s, using surviving fragments and carving new ones. The temple is built of basalt stone. The walls and the 24 columns of the portico rest on a

About this tour
All rates are per person based on double occupancy.
Duration: 15 days – all tours begin and end on Saturday
Price per person (land only): $5,960
Single supplement: $999
Group rates: available by request. Group size is 10 persons minimum.
Private customized tours available by request.
Discounts available October through April.
Extensions to Moscow and elsewhere available.
We do not arrange air transportation, except for groups or by special request. Many major international airlines fly to Baku, Tbilisi and Yerevan.​​

podium. The facade and rear have six columns each, while the flanks each have eight. The portal has wide stairs leading up to it. The heathen temple is on the territory of the fortress of Garni, which was used as the summer residence of Armenian royalty.
Day 15 – Saturday
Transfer to airport. 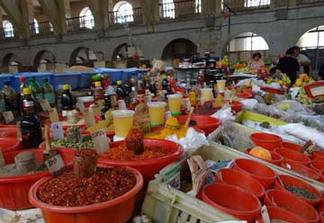 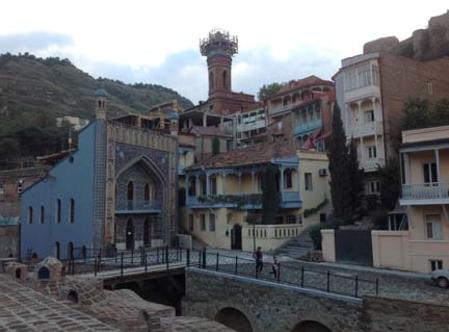 Tour highlights:
• Ateshgyakh Fire-Worshippers’ Temple, historical sites and stunning mountain vistas of Azerbaijan.
• Tours of Georgia, “birthplace of winemaking,” monasteries and Tbilisi, where the ancient and the ultra-modern sit side by side.
• Mount Ararat, wine and brandy factories, ancient ruins, Armenia. 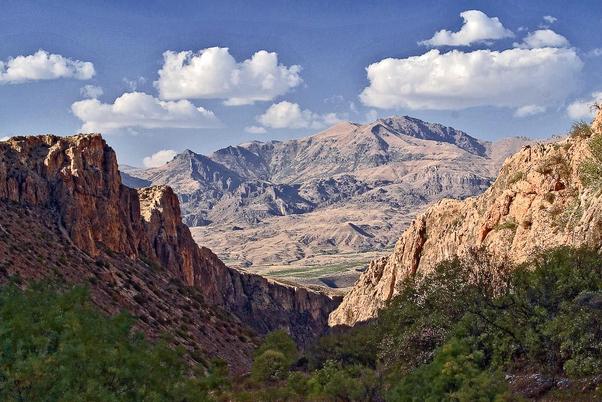 ​Day 10 – Monday
Khor Virap – Bird’s Cavern – Areni wine factory – Noravank
Khor Virap monastery, a pilgrimage site, is situated on a hill and is one of the 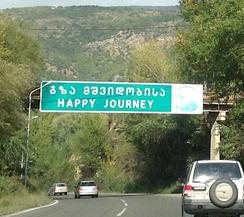 ​Yerevan once sat at the crossroads of several important trade caravans thus solidifying its importance in the region. Modern Yerevan was redesigned in the early 20th century atop the old city, creating parks and squares that run through the center. Overnight in Yerevan.